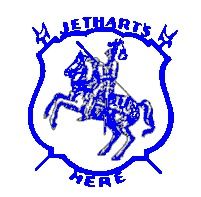 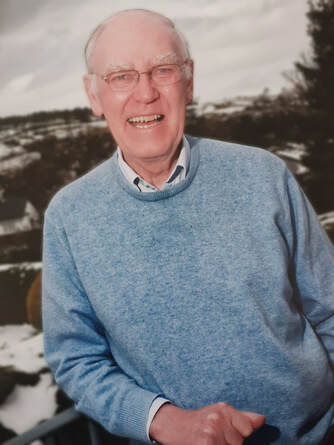 Bill Johnstone was born in Hawick during the late years of World War 2 and is therefor a ‘Teri’ but has lived most of his life in Jedburgh.   His affection for the town and its population has grown over the years to such an extent that he now says if he were cut open he would bleed blue with a just hint of green there, too!
He was educated in Hawick at Trinity Primary School, Burnfoot Primary School, and at Hawick High School.  Bill attended Jordanhill College in the early 1960s to train as a PE Teacher, following in the footsteps of his uncle Bill McLaren who had followed a similar professional career after his post-war training in Aberdeen.
Having been appointed as Itinerant Teacher of PE by the old Roxburgh County Council he started his teaching career at Jedburgh Grammar School in 1964.  He taught in various schools in the county including Melrose Grammar, Denholm Junior Secondary, Edenside Primary in Kelso, and of course Parkside Primary in Jedburgh, which at that time was under the headmastership of Mr Jim Eaglesham.
Bill remembers many good times in his career in Jedburgh, but few more memorable that the Country Dancing preparations for the Christmas parties, where on occasions some 200 pupils would muster in the Games Hall to learn their steps.  Some learned more easily than others  it has to be said - “Try your other left foot, son” - but a good time was had by all - well, most!
Having retired from teaching in 2003 he was then able to spend more time developing his second career in radio broadcasting with the BBC.  Having started at Radio Tweed in Selkirk in 1984 he graduated to the network as  BBC Radio Scotland’s rugby match commentator. Thirty three years and over 600 commentaries later in 2017 he retired from broadcasting and now enjoys himself with his wife Helen and his family of three sons, Robert, David, and Alan, and his seven grandchildren.   Riverside Park is one of his favourite spots on earth and he is to be seen there regularly at Jed 7s and on Jed-Forest home game days, albeit the Covid Pandemic has restricted his attendance recently.
Redeswire Day has a particular place in Bill’s memories.  He rode there on two occasions  as a novice horseman following the Callant, and remembers hanging on grimly as the horses took off downhill from the Redeswire Stane towards Brundenlaws.   He survived and is thrilled to be back at Redeswire as the 2022 Festival Redeswire Speaker.